Euthymia is a black and white, slow-motion video triptych set in a high-vaulted chapel. It personifies a professional woman’s existential crisis, a representation of her mental state in which workers of her own making support her delusions. 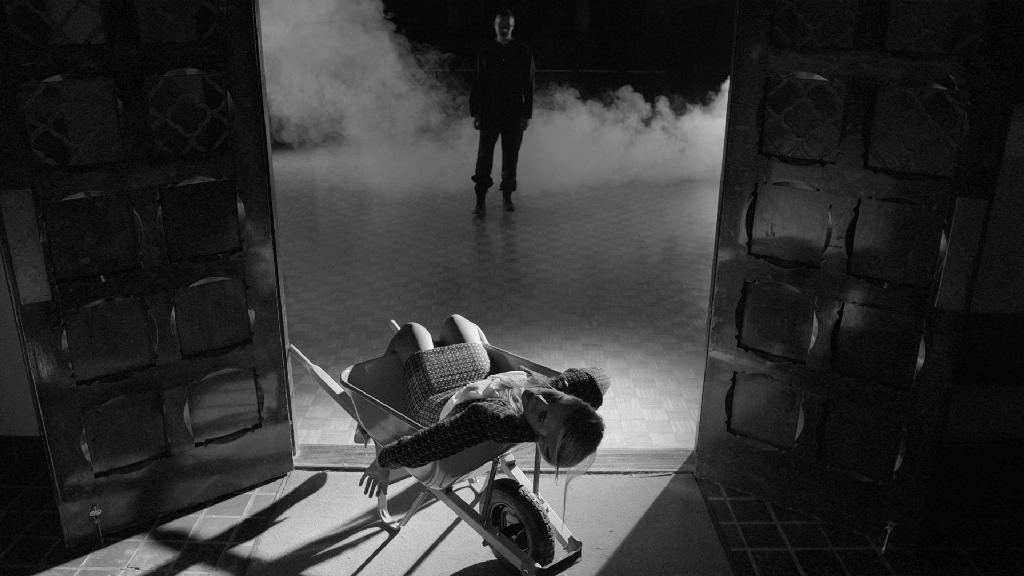 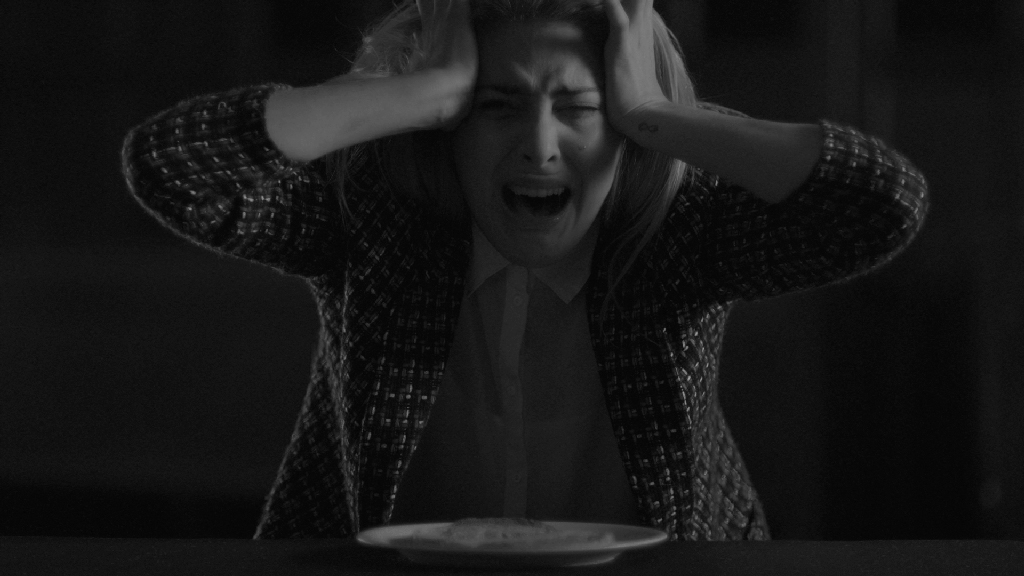 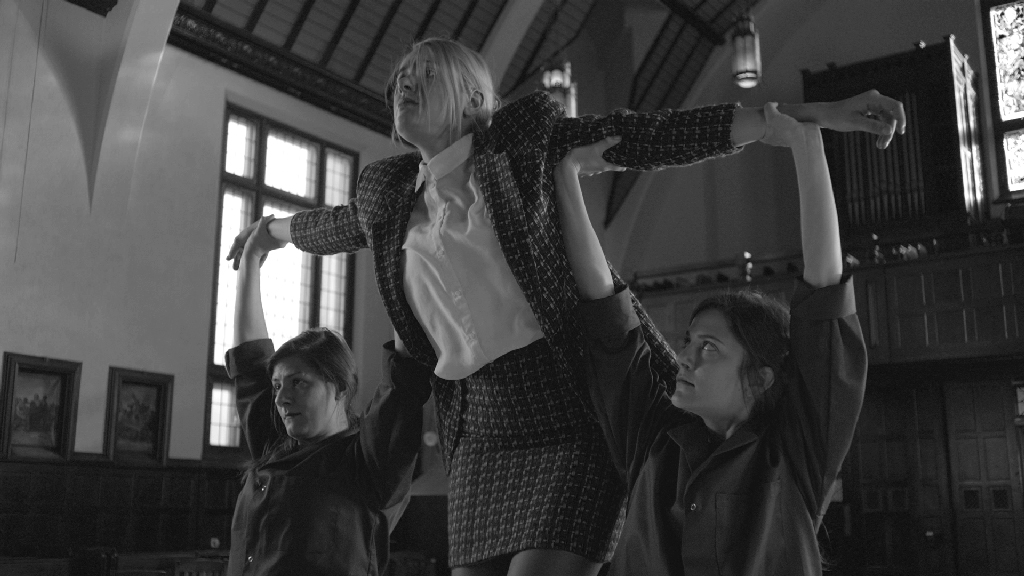 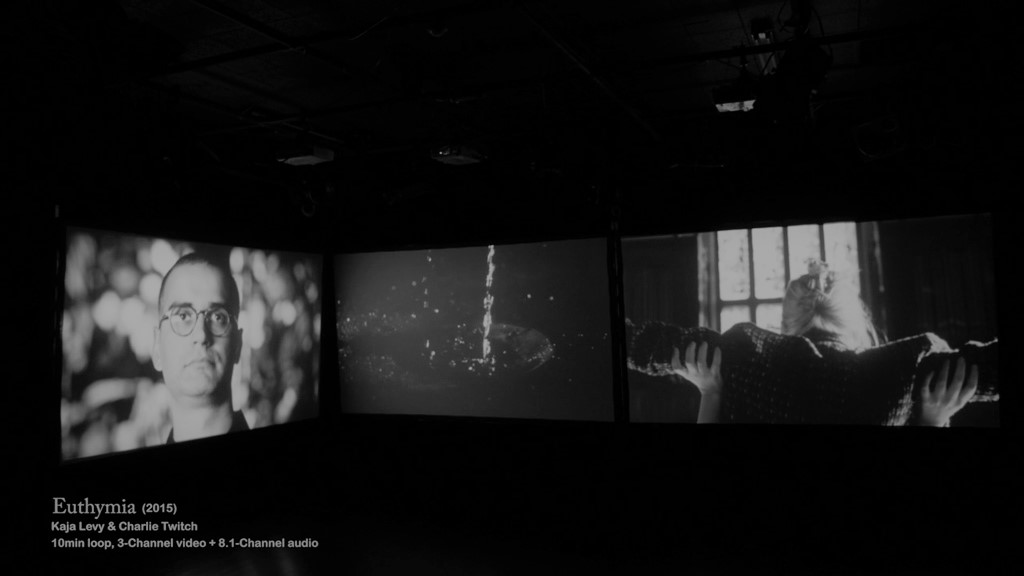 Euthymia explores the character’s best possible level of performance, a state in which she is capable of functioning while under the threat of dysthymia – a numb, chronic lowness.